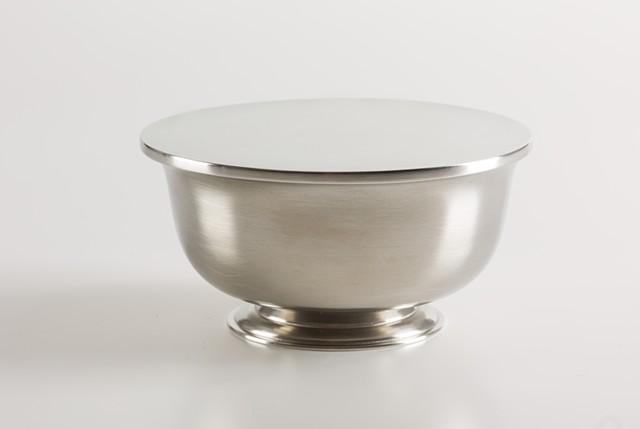 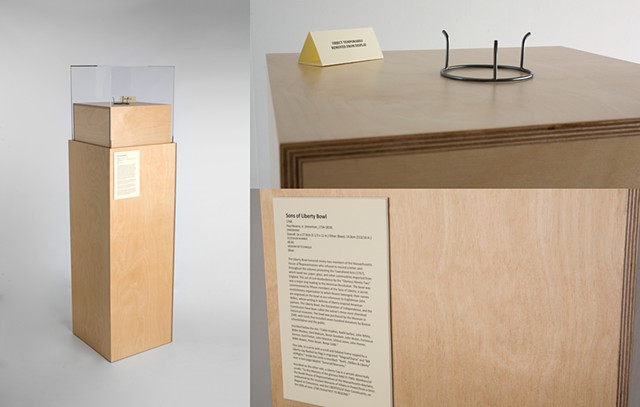 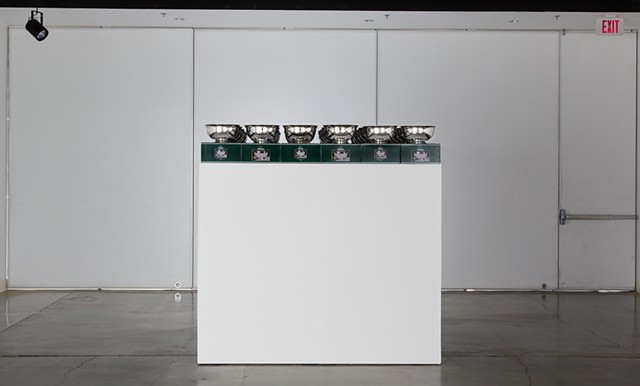 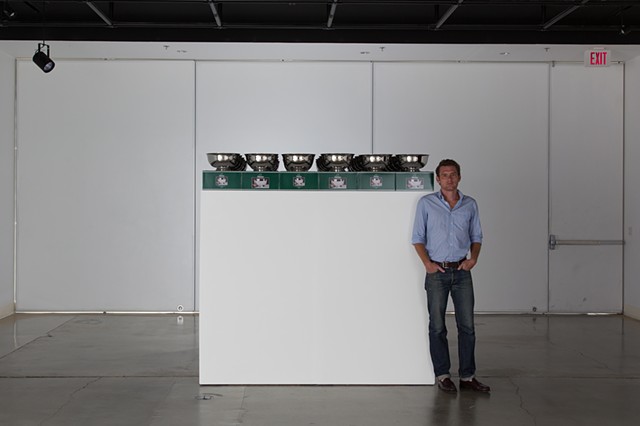 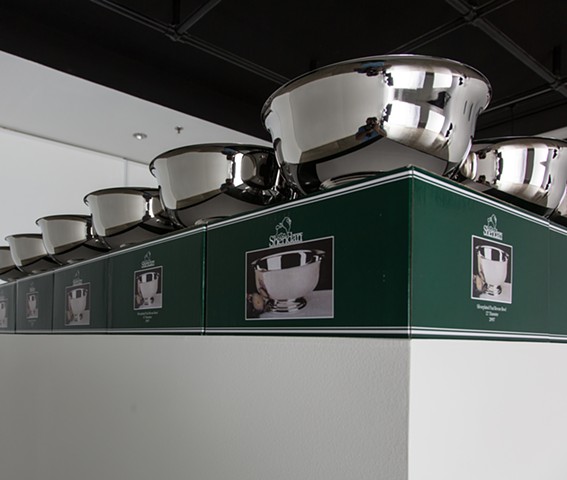 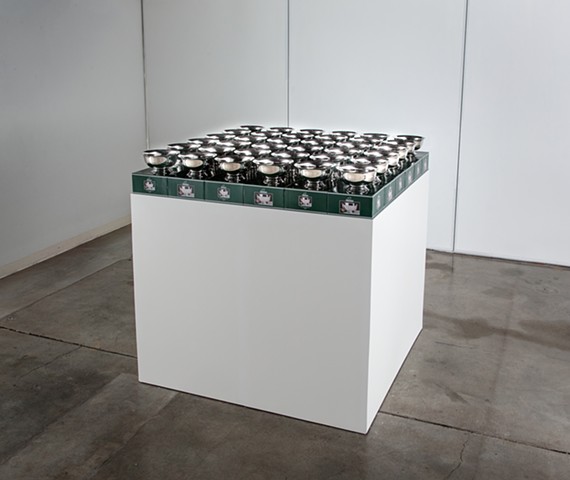 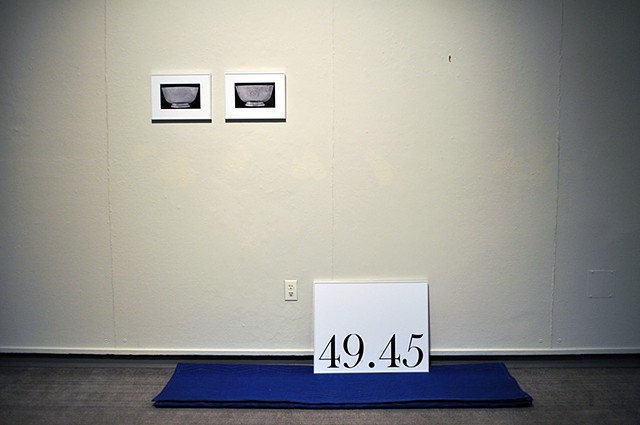 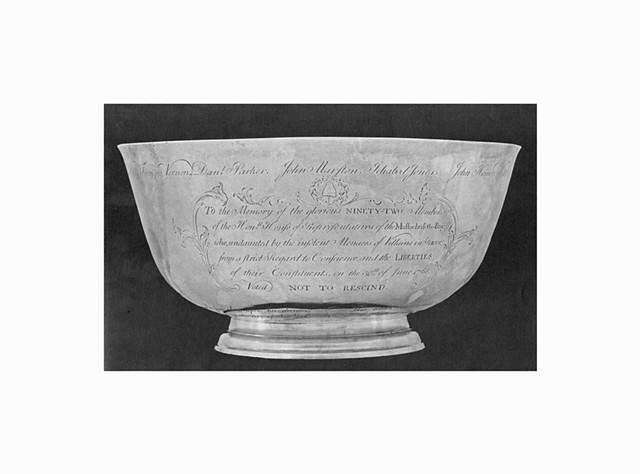 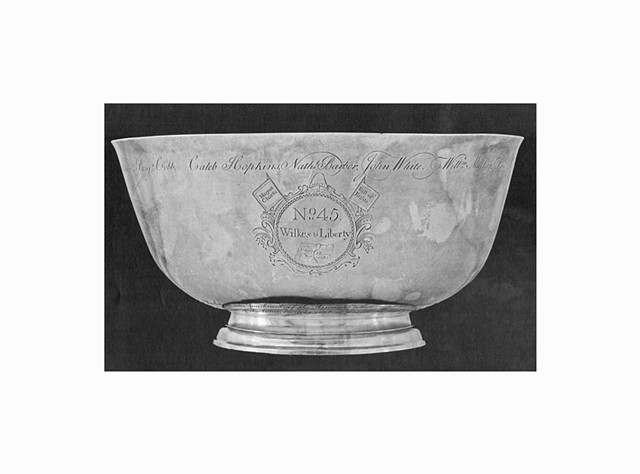 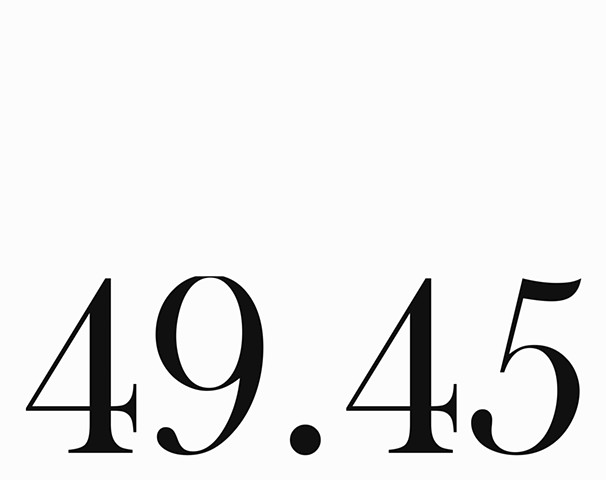 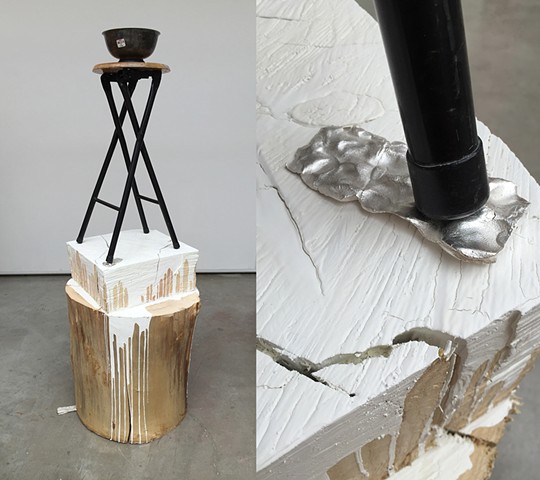 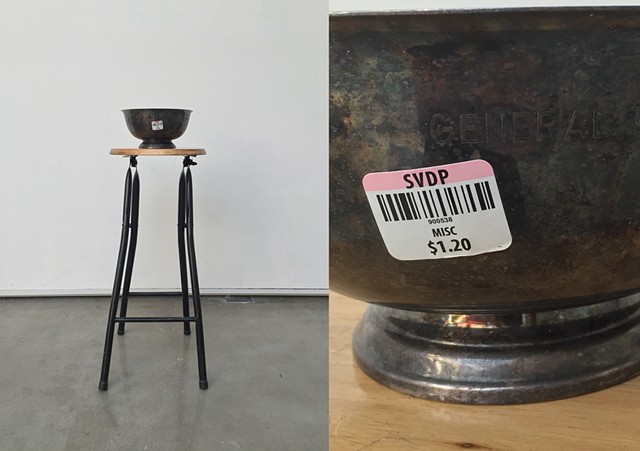 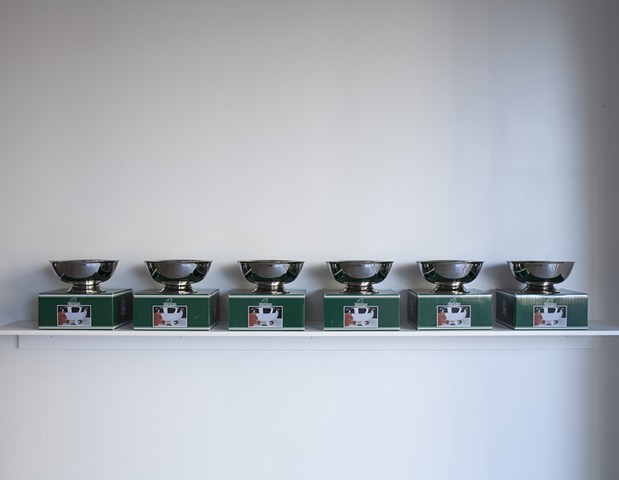 The Liberty Bowl, the Declaration of Independence, and the Constitution have been called the nation's three most cherished historical treasures. This silver bowl documents a revolutionary act in the American colonies. Engraved on its rim are the names of fifteen members of a secret organization in colonial Boston called the "Sons of Liberty." This group existed during the time when ferment against British rule was building towards war. The bowl commemorates the refusal of the Massachusetts legislature to take back a protest against a British tax. (excerpt taken from the Museum of Fine Arts, Boston, MA, website)

The Liberty Bowl is one the most widely reproduced metalware objects in the United States and is often referred to as a Paul Revere style bowl or a Revere bowl. It is reproduced in silver, pewter and silver plate and is almost always absent of the original engraving and presented in only form, speaking boldly to the timeless nature of its design. The endless reproduction of this object is used as interior ornament presenting itself as an aesthetic statement, a utilitarian metalware but more often it is manufactured with machine engraving that expresses personal accomplishments and given as a commemorative gift.

Through “Revere” the different works have positioned me to begin mining the historical precedence and contemporary contextualization of Paul Revere’s Liberty Bowl. This work is an examination of the Liberty Bowl through modernist art reference, facsimile / production and artistic invention / re-presentation. While each piece operates individually, together a narrative begins to develop about my place within the lineage and (r)evolution of the metalsmiths trade.